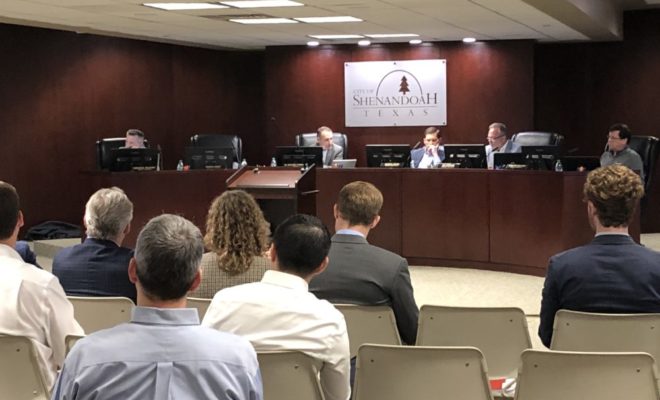 The Council noted people had signed up to speak after the presentation forum scheduled later in the meeting. 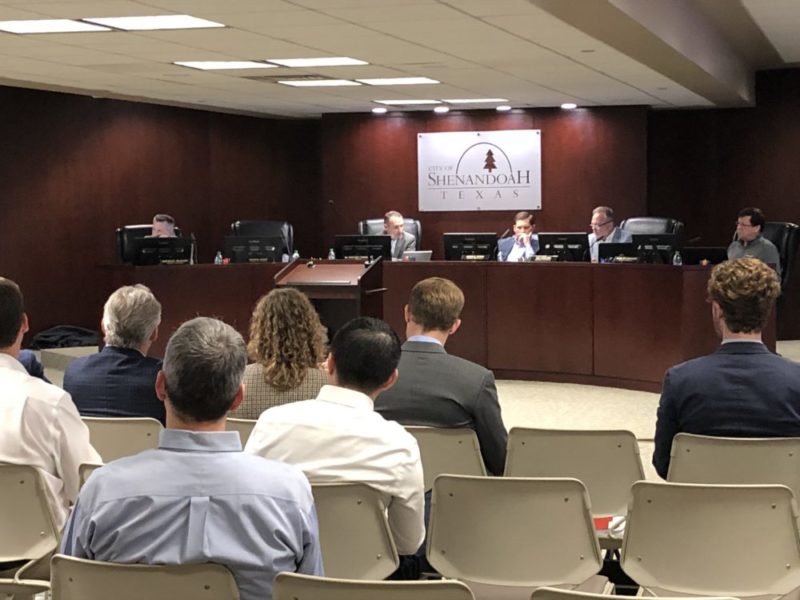 Shenandoah Police Department hired a new officer and is currently screening applicants for other positions. Officer David Swetnam was introduced and highlights of his career presented. The officer was welcomed by Council members and attendees.

The issue of Short Term Rental (Home Away, etc.) permission is not well established in current deed restrictions which were written several years ago. It was suggested to put this item up for discussion in a Town Hall meeting to get input from citizens.

A Special Use Permit for several items pertaining to a new proposed Life Time fitness facility was up for vote. A representative from Life Time Fitness presented a slideshow that included a rendering of the proposed facility and photographs from existing gyms for reference. The proposed campus includes the Life Time Fitness gym and an adjacent 420 room apartment complex. The gym’s proposed completion date would be two years; the apartments’ completion date would be three. The facility will be in located in Shenandoah on Research Forest Drive.

After questions from council members about building height and sight line, concerns about infrastructure and traffic, the Special Use Permit was approved by a 3-1 vote. The approval was given on the condition that there would not be a 5% reduction in canopy and no parallel utility lines.

After the permit was approved, the floor was opened for comments. Resident Theresa Danz said “I’m very, very disappointed. I think you should have brought this to the citizens of Shenandoah before you made this kind of a decision knowing that we did not want anymore apartments, especially on this side of the highway.” She also stated she was concerned that the traffic study inaccurate, and that it underestimated the amount of traffic that would be incurred by the facility.

Updates were given on recent arrests in the area from the Police Department. Updates from Public Works included the completion of a park tree planting project and the Tamina median closure. Also noted by Public Works is the Coffee with Cops and Arbor Day event scheduled for Saturday, March 2. In addition, a new bulletin board for public notices is under the covered area in front of the Municipal Administration Office.

Also noted was an inaccurate post on a local group Facebook page announcing a TxDOT public meeting at Oak Ridge High School the I-45 PEL study. The dates provided were from 2018. TxDOT has no public hearings scheduled at this time for 2019. When those meetings are scheduled, the City will provide the information. April 30 was recommended as the date for Town Hall Meeting. The Police Department announced it is looking into asking Shenandoah residents to register doorbell cameras for permission for use in solving crimes.

For more information, agendas, meeting minutes, and video of the meeting, visit www.shenandoahtx.us.

Stay tuned for more updates on the City of Shenandoah and City Council Meetings on the Hello Woodlands calendar, website, social media, and e-newsletter.