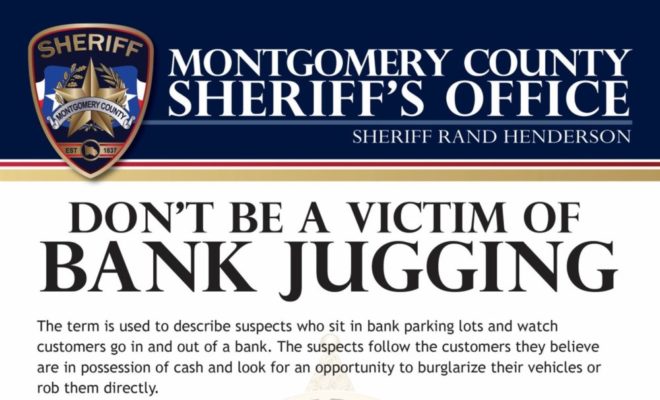 In an effort to educate and protect the public, Sheriff Rand Henderson of the Montgomery County Sheriff’s Office is partnering with local banks in Montgomery County to distribute customer safety and awareness information regarding Bank Jugging.

Bank Jugging is a growing practice among criminals in major metropolitan areas. Sheriff Henderson believes it is important to provide our citizens with information on what to look for as well as safety tips so citizens don’t become a victim.

Bank Jugging is when suspects follow someone from a bank or ATM to another location where it is more convenient to rob, burglarize or steal from them. Victims are scouted to determine if they have anything worth stealing. The suspect(s) follow the customer and look for an opportunity to burglarize their vehicles or rob them directly. This usually occurs when the customer stops at a gas station, grocery store or restaurant after leaving the bank. 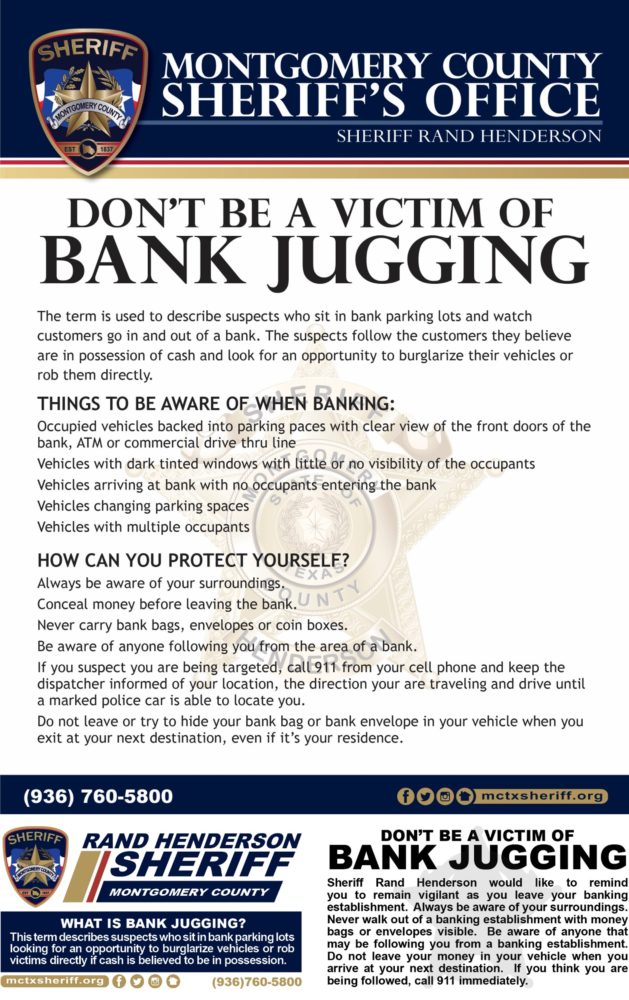 As a reminder always be aware of your surroundings. Be mindful of suspicious persons or vehicles that are lingering or appear to be following you. If you spot them, call law enforcement and go to a very public place. Citizens are encouraged to be hyper-vigilant when leaving a bank or ATM. Never flash cash or expensive items in public. Never leave valuables visible in your parked car.