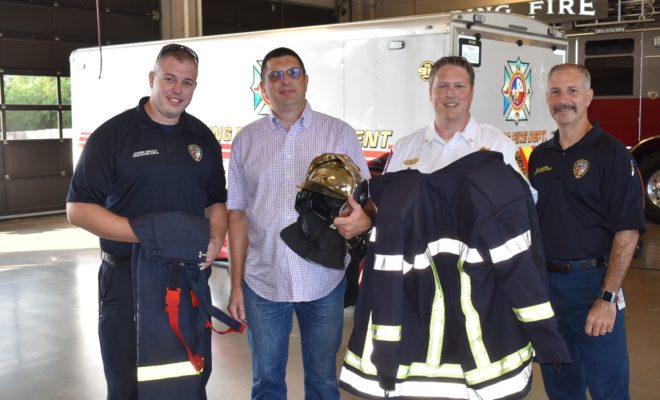 SPRING, TX – The Spring Fire Department now has set of French firefighting gear that is quite different from the bunker gear the firefighters use. The gear is a gift from the father of Spring firefighter Jeremie Bricout.

Both of Jeremie Bricout’s parents served as firefighters in France. His mother, Daikha, was one of France’s first female firefighters and engine drivers. His father, Alain, who recently visited, spent 18 years as a French firefighter. 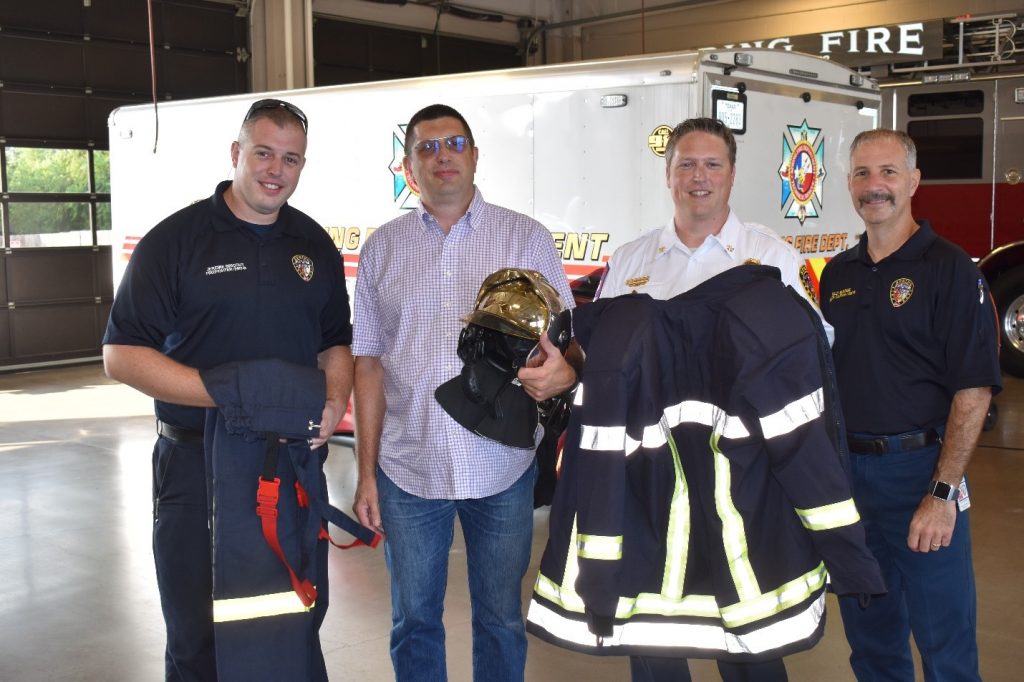 French firefighting gear is “really, really thin and a fairly new thing in France,” said Jeremie Bricout in describing the bunker gear worn in his native country. “It’s only been about 15 years that French firefighters used textile gear. When my father was a firefighter they wore regular pants and just a leather jacket [to fight fires].”

Unlike here in the U.S. where a fire department chooses its own gear, there is only one approved set of gear for fire departments in France. “In France there is a national standard,” added Jeremie Bricout. “They are currently changing all the French gear to an orange color because studies there showed the orange color does not absorb heat as much as these do.” 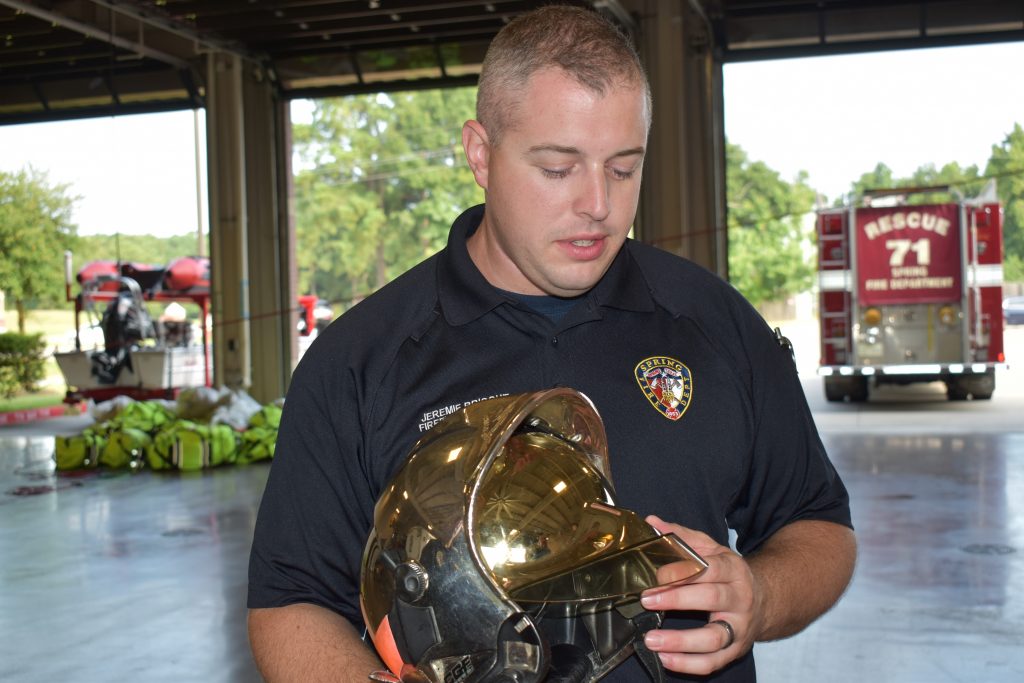 Invented in France, the French firefighting helmet is now manufactured by an American company. “The coating on the outside reflects the heat,” added Bricout. “This [helmet] can take 1800 degrees while only reaching temperatures of 95 degrees on the inside. You have goggles and a face shield covered with a gold leaf for firefighting that doesn’t require an air pack. The mask attaches directly to the helmet.” 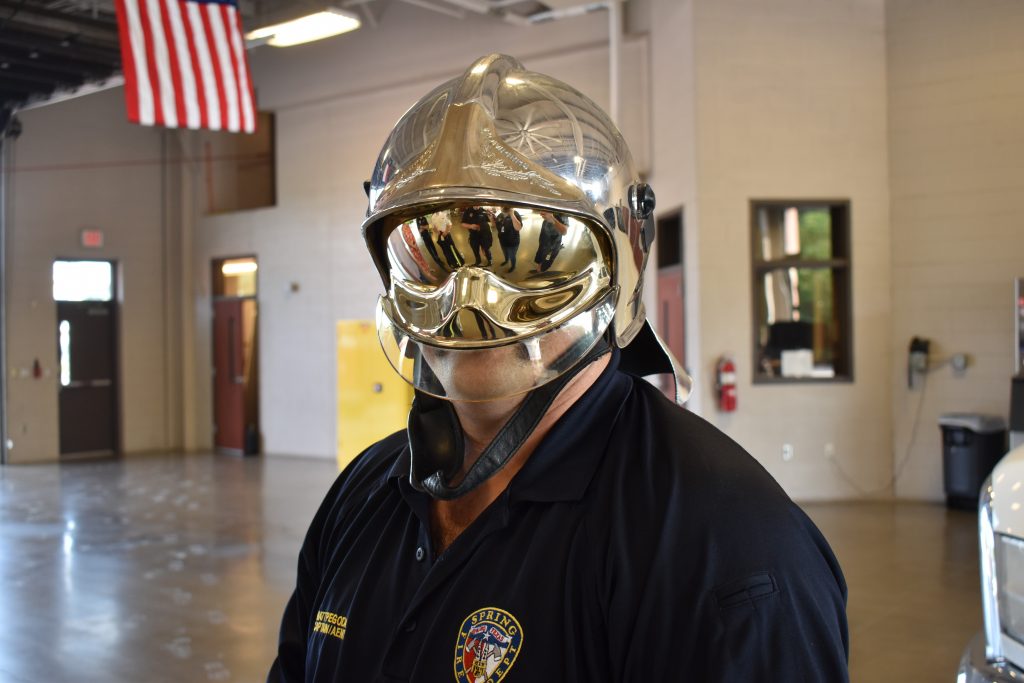 Jeremie Bricout says he came to America to learn English and found his calling, so he decided to make firefighting his profession in Spring. When comparing firefighting here to France, he diplomatically says, “It’s the same job, but a very different way of doing it.”

The Spring Fire Department is located in Spring, Texas, approximately 25 miles north of downtown Houston. Founded in 1953, the Department is one of the largest combination fire departments in the state of Texas serving 62 square miles of unincorporated Harris County. Operating out of nine stations, with a fleet of 40 apparatus, Spring FD is under the leadership of Fire Chief Scott Seifert. For more information about Spring Fire Department, visit www.springfd.org.