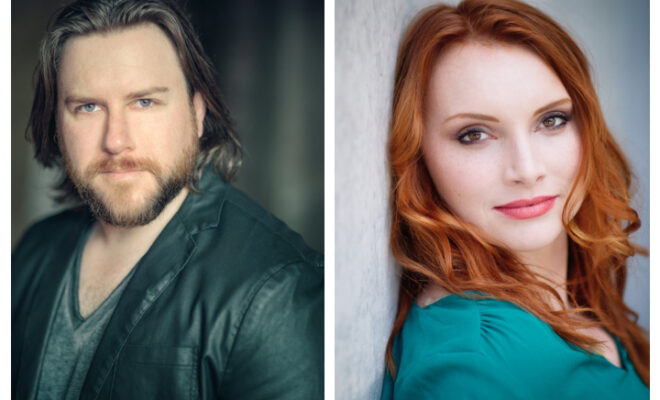 HOUSTON, TX – Texas Master Chorale will present a concert of holiday favorites in “The Christmas Story,” on Saturday, December 17.

The concert will feature Noel and Davia Bouley in selections from Handel’s Messiah, as well as favorite Christmas carols and other songs of the season.

Noel Bouley, son of Texas Master Chorale’s founder and artistic director Brad Bouley, has lived and performed in Germany for the past decade. This season he makes his British operatic debut as Scarpia in English National Opera’s new production of Tosca directed by Christof Loy. His roles with the Deutsche Oper Berlin have included Amonasro in Aida, Sharpless in Madama Butterfly, Donner in Das Rheingold, and Bietrolf in Tannhäuser, among many others.

Noel’s wife, Davia, has performed with opera companies, music festivals and in concert all over the United States and Europe, including Cincinnati Opera, Indianapolis Opera, Amarillo Opera, Aspen Music Festival, Berliner Philharmonie, Festspielhaus Baden-Baden, and Deutsche Oper Berlin. She will open the 2022/2023 season with a return to the Deutsche Oper Berlin as Dritte Dame in Die Zauberflöte and a concert recital in Berlin which includes songs by Schumann, Brahms and Wagner.

Tickets may be purchased online at TexasMasterChorale.org, through the box office at (281) 440-4850, or at the door. Concerts are generously sponsored by Houston Methodist Willowbrook Hospital and Texas Commission on the Arts.

Founded in 1986, Texas Master Chorale is a mixed choral ensemble of 100 auditioned singers who perform a variety of choral masterworks including classical, contemporary, sacred and secular.