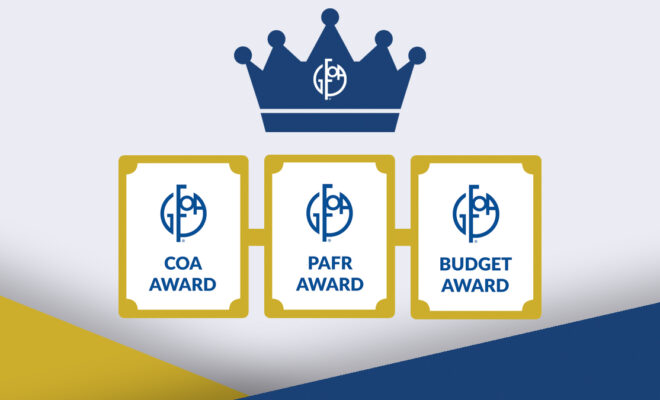 The City of Conroe receives the GFOA Triple Crown

CONROE, TX – The City of Conroe has been named a Triple Crown Winner for fiscal year 2020 by the Government Finance Officers Association of the United States & Canada (GFOA). The Triple Crown designation recognizes governments that have received the following awards: Certificate of Achievement for Excellence in Financial Reporting (audit award), Popular Annual Financial Reporting Award (financial report award) and the Distinguished Budget Presentation Award (budget award) in a single fiscal year. The City of Conroe is one of just 317 governments that received the Triple Crown for fiscal year 2020.

“We are thrilled to be recognized by the GFOA for achieving this distinction,” said Collin Boothe, Director of Finance. “It reflects the many hours of our dedicated, hard-working staff. Our highest priority is to ensure transparency and quality in financial reporting for our organization and the community we serve.”

The Triple Crown designation represents a significant achievement. To qualify, each entity must meet the high standards of all three separate award programs. Each award program recognizes governments that produce reports which communicate their financial stories in a transparent manner and meet applicable standards. The City of Conroe has received the Triple Crown Designation from the GFOA every year since FY 14-15.