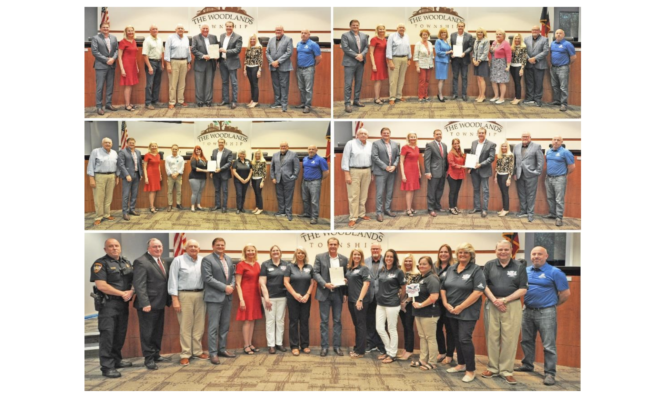 Major points of discussion are highlighted below:

The Township portion in Montgomery County still has $5.8 million in unreimbursed eligible expenses under the guidelines issued by the federal government. Early in 2021, the U.S. President signed into law the American Rescue Plan Act (ARPA) providing $350 billion in additional emergency financial assistance to eligible local communities. ARPA continued the federal government response started under the CARES Act to provide broad based direct funding to local governments of all sizes. The U.S. Treasury established the guidelines and funding allocations for local governments pursuant to the legislation. Unfortunately, the Treasury narrowly defined the eligibility requirements for funding limiting the relief only to incorporated places and minor civil divisions. As an unincorporated government The Woodlands Township is missing out on up to an estimated $30 million in ARPA relief while counties and communities around the region are receiving funds. The Township has been working with the Congress and the federal administration to remedy the oversight.

Following recognition of public officials and public comment, the Board of Directors issued the following proclamations:

On the Consent Agenda, the Board of Directors approved following:

On the Regular Agenda, the Board of Directors took the following actions:

For more information on The Woodlands Township, or to view the meeting in its entirety, please visit www.thewoodlandstownship-tx.gov, or call 281-210-3800.