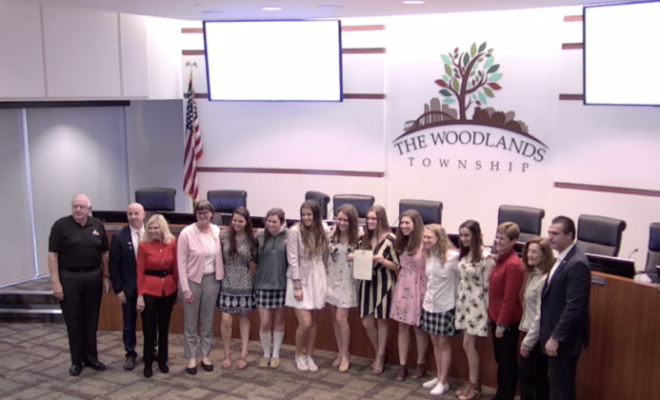 Arts Month in The Woodlands Proclamation

A proclamation was made stating the month of April as Arts Month in The Woodlands.

Art activities in April 2019 will include:

Texas Task Force 1 (TX-TF​1) new appointments were recognized and introduced by The Woodlands Fire Department. TX-TF​1 functions as one of the 28 federal teams under the FEMA Urban Search and Rescue System and as a statewide urban search and rescue team under direction of the Texas Division of Emergency Management. TX-TF1 also coordinates the state’s swiftwater rescue program and the Helicopter Search and Rescue Team which works in conjunction with Texas Military Forces. 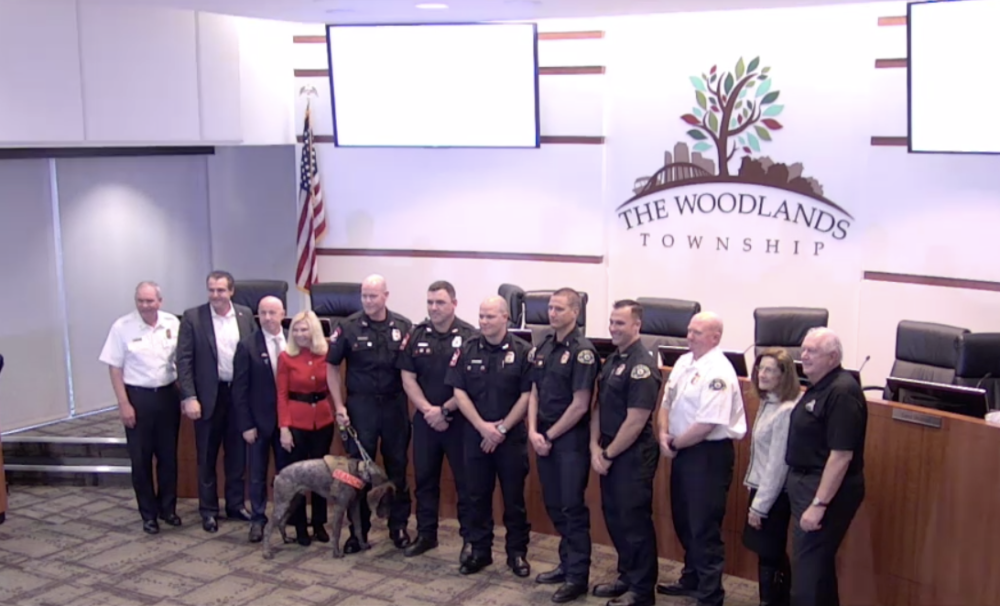 The Woodlands Township Parks and Recreation Department was selected as the award recipient for the 2019 Texas Gold Medal Award, Class II, presented to Director Chris Nunes. The Gold Medal Award is presented by the Texas Recreation and Park Society (TRAPS) to one agency in the state in each population category who stood out above all others to exemplify commitment and dedication in the field of recreation and parks.

The Township’s Parks and Recreation Department was also selected by TRAPS as the award recipient for the 2019 Promotions and Marketing Excellence Award, Class II. This award is in recognition of the department’s high- quality marketing program for the aquatics programs and services.

No public comments were made.

The 2018 survey mirrored the 2016 survey process. A survey was sent to 4,500 households and 1,200 completed surveys received back (24% response rate), online survey was also available. A summary was provided from the 256 page report.  Transportation and incorporation were topics of interest among residents. The Township Board is looking for ways to boost response rate in the future. 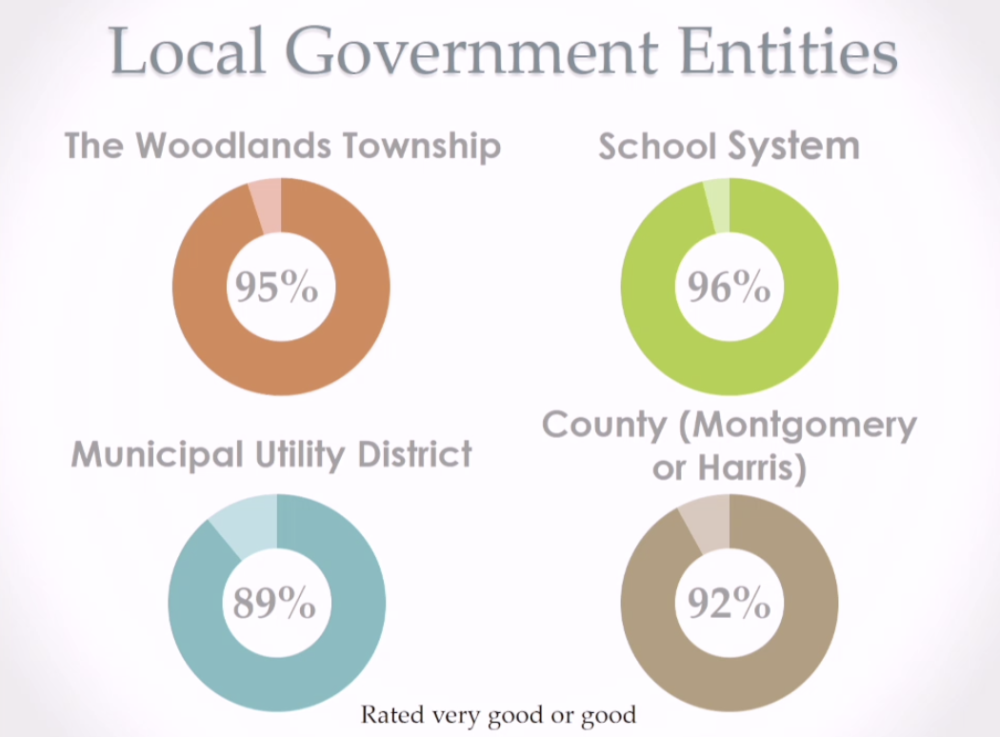 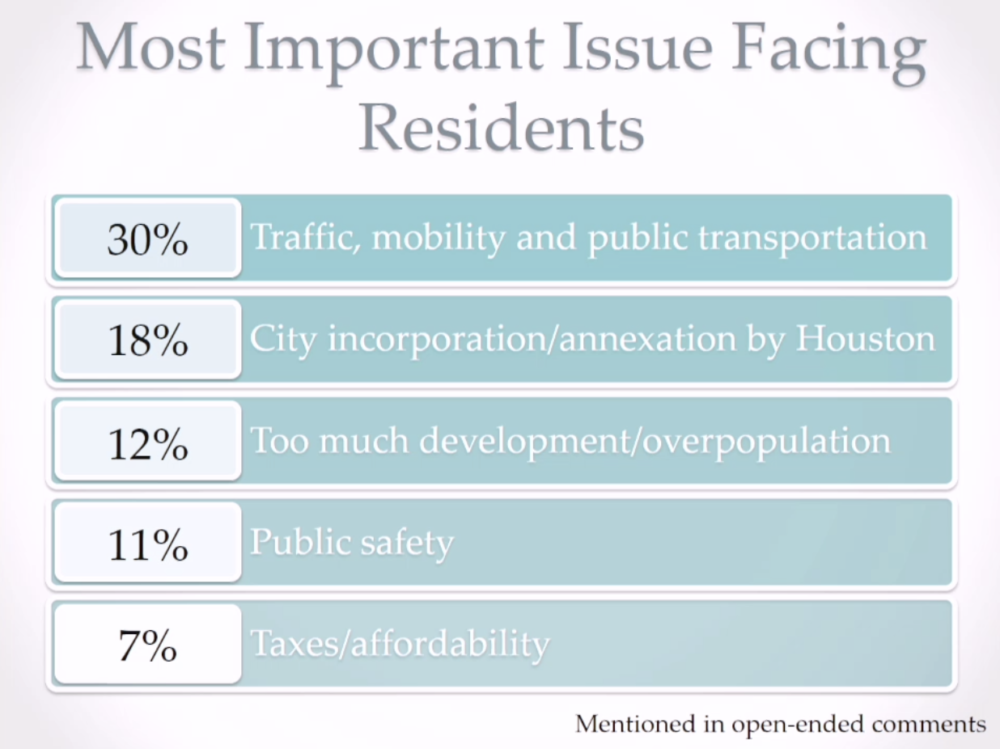 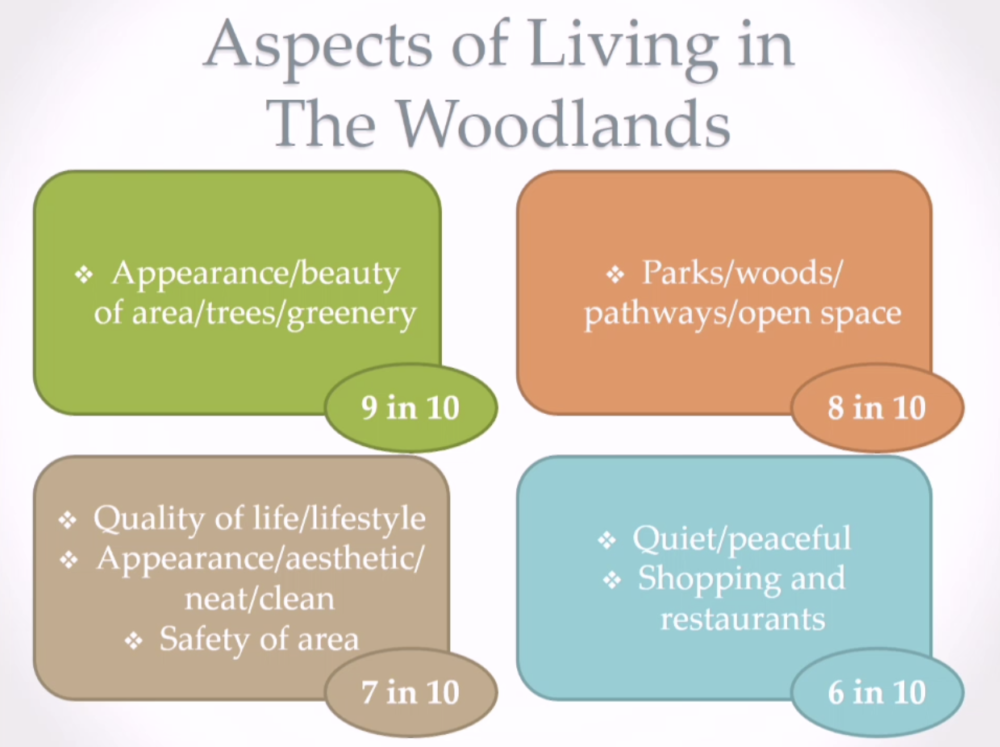 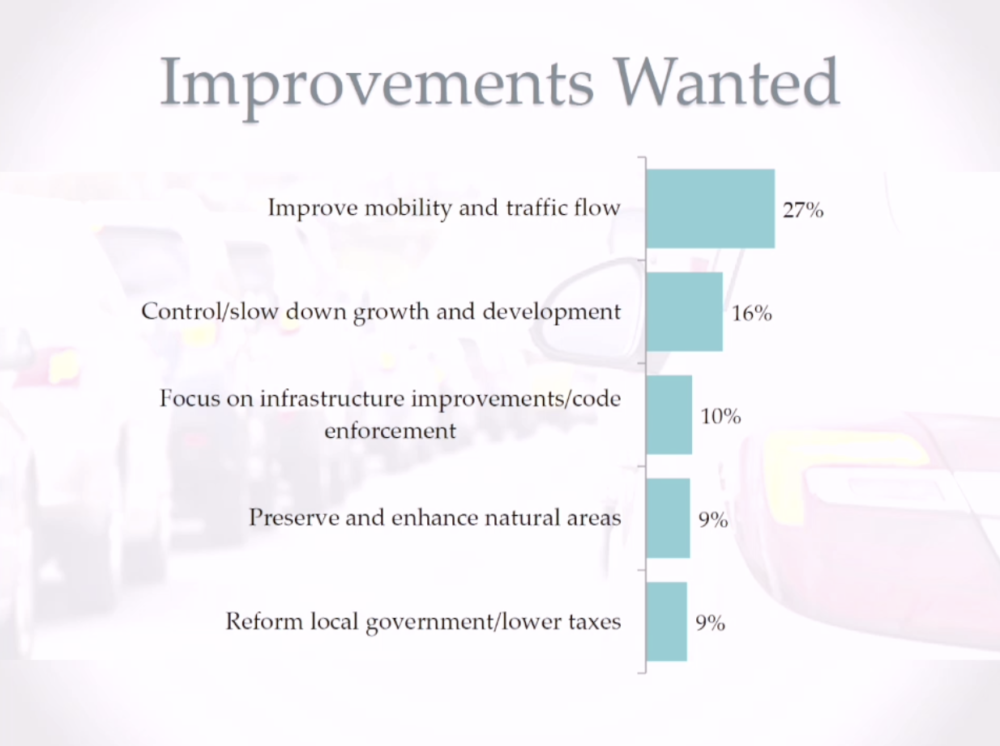 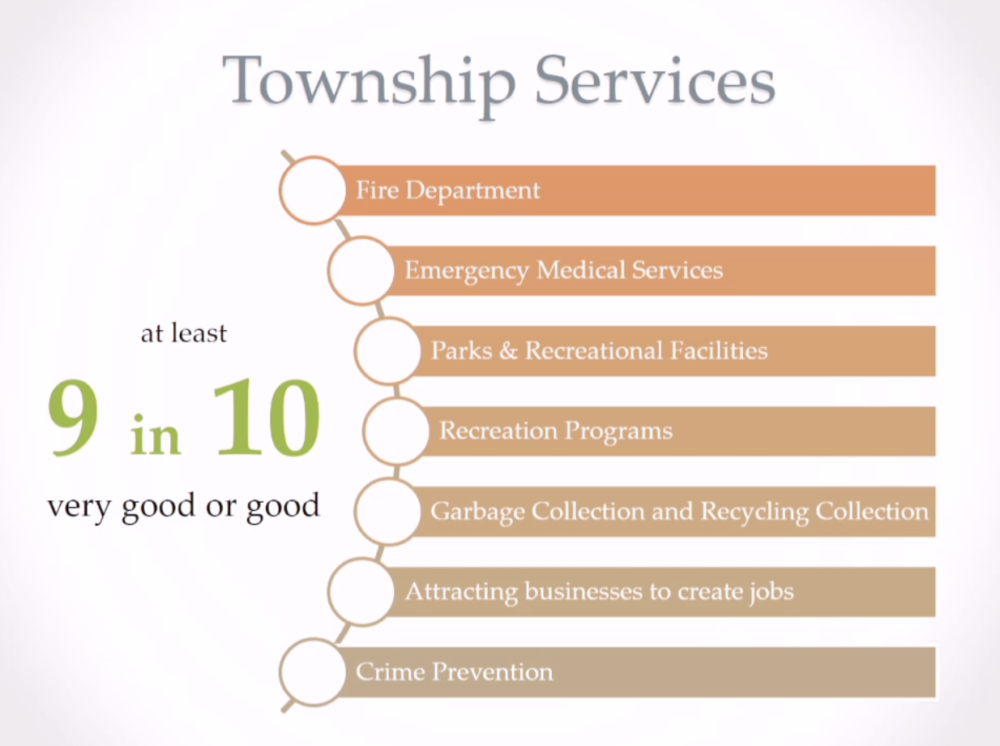 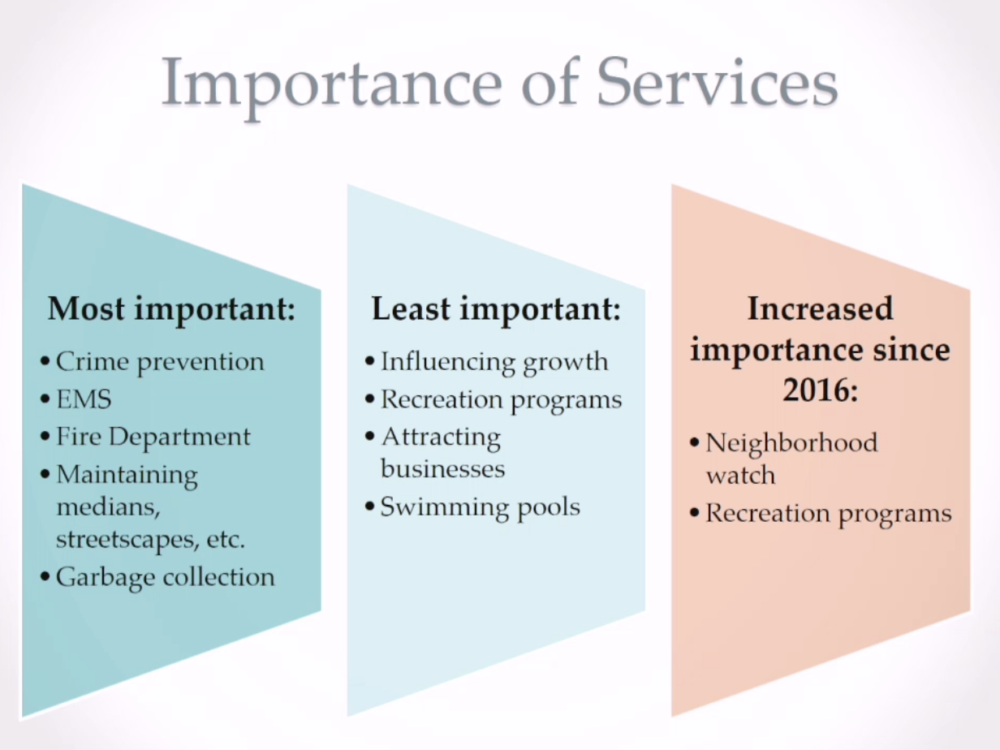 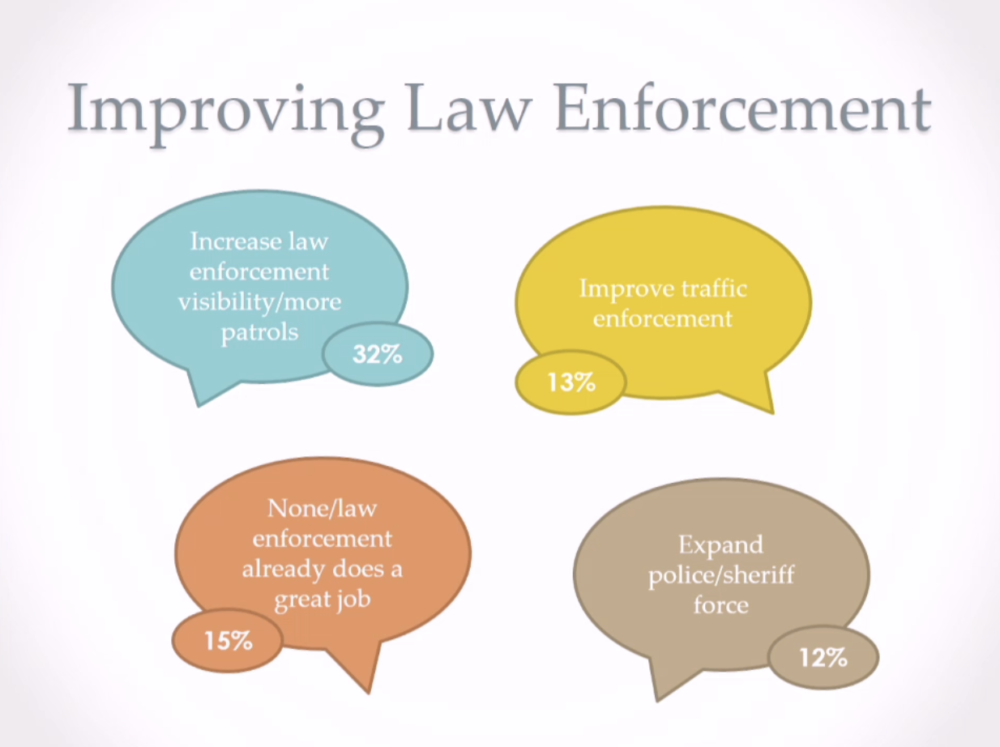 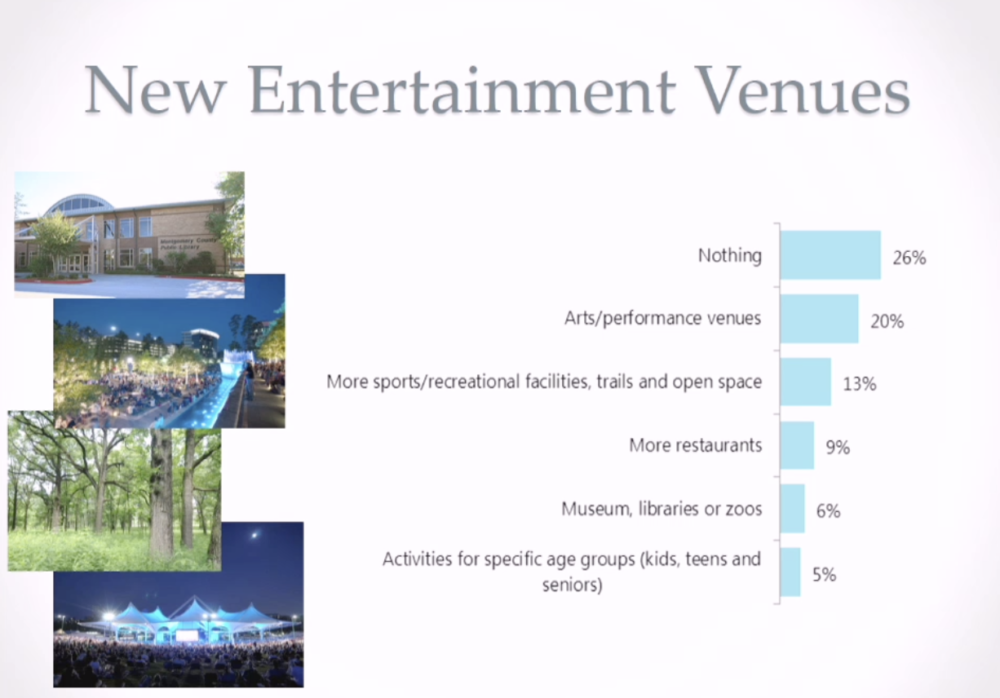 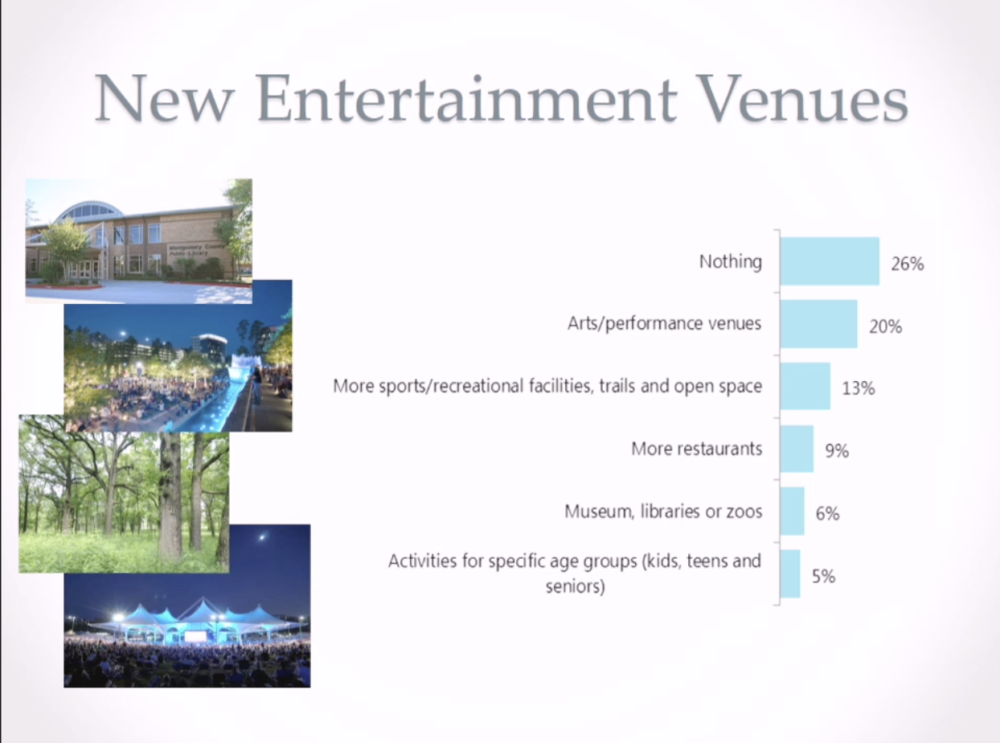 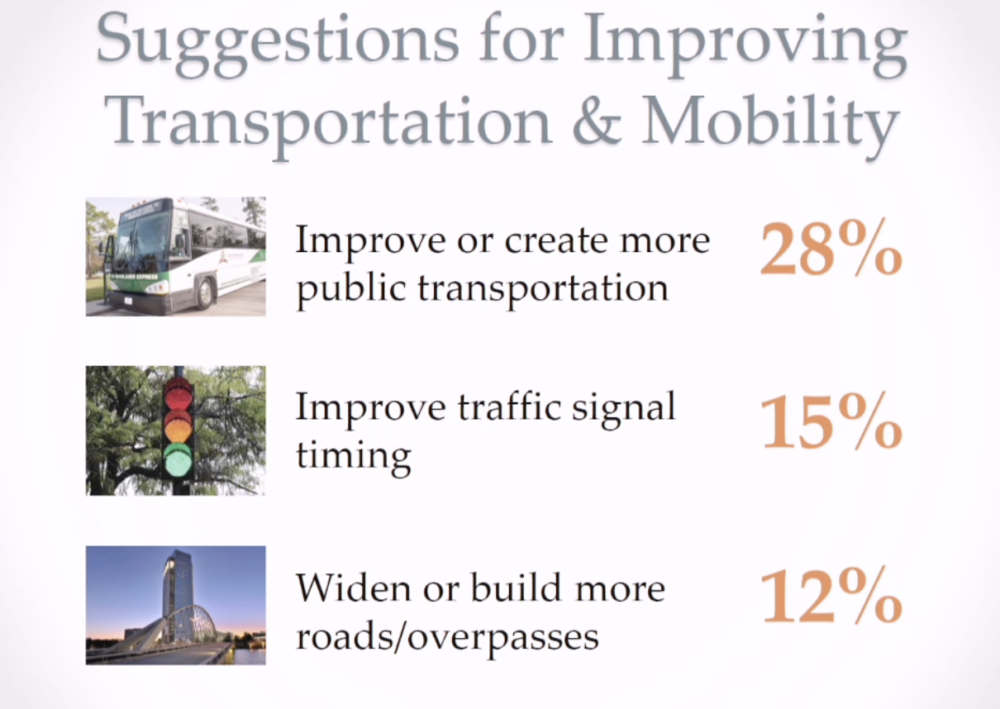 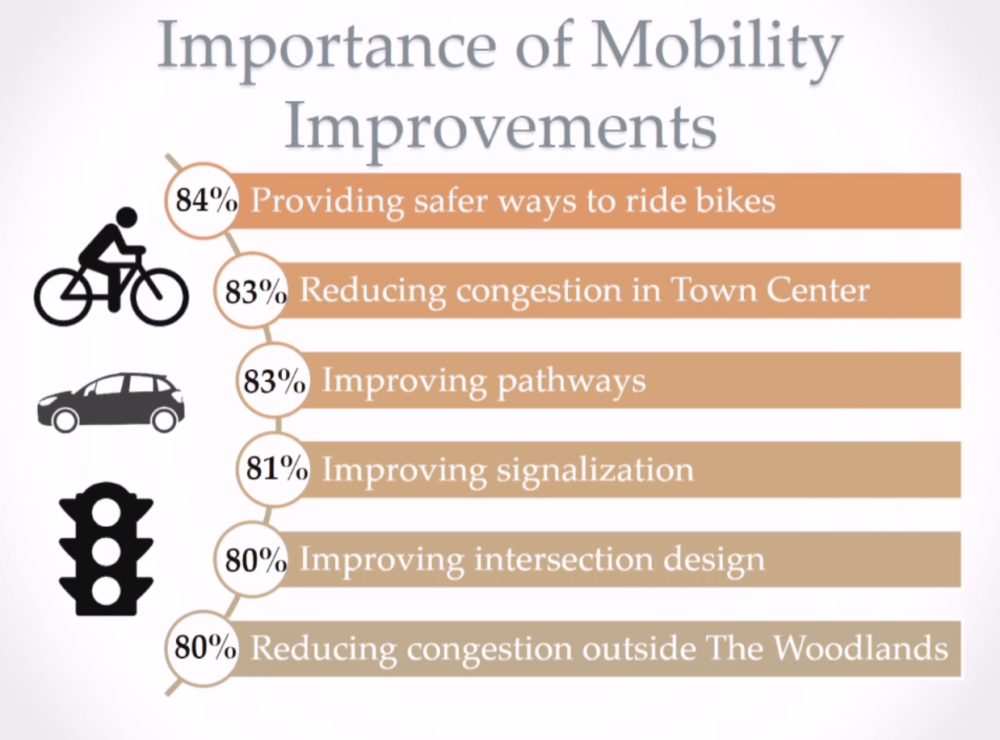 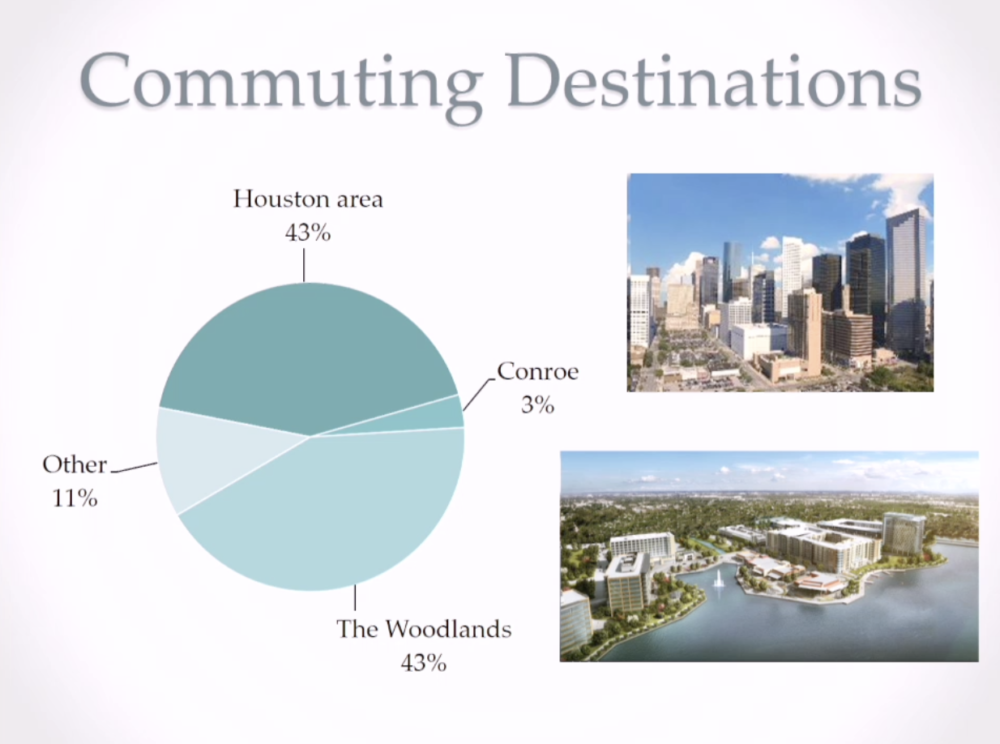 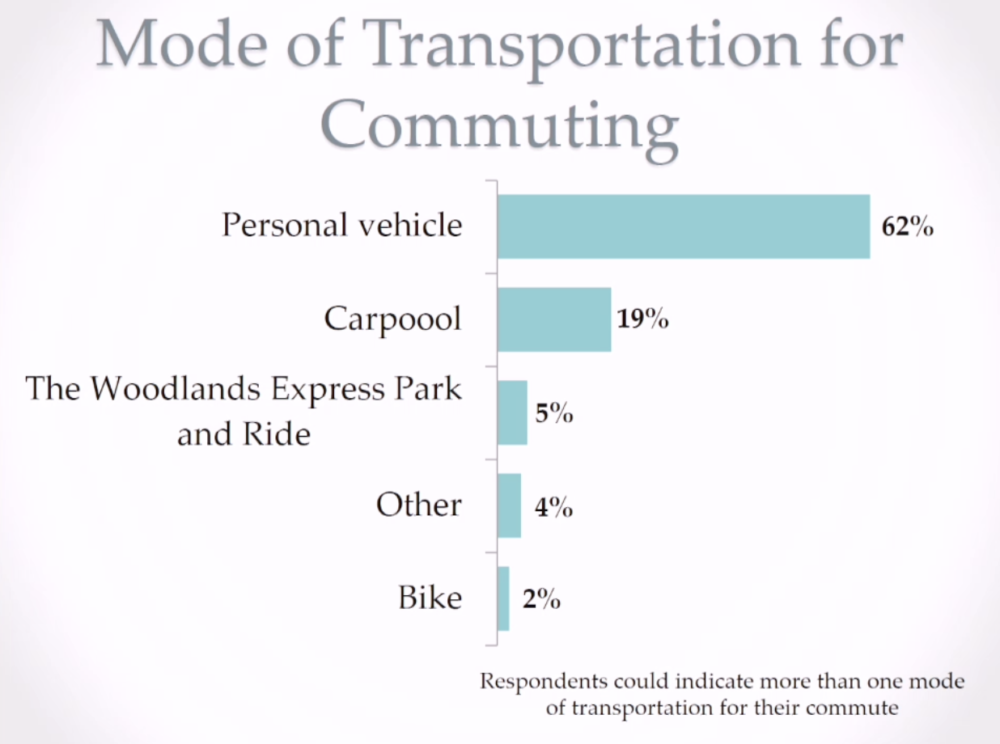 Audio and Video Improvements from the Development Standards Committee

Staff has researched and evaluated improvement options for meeting room 150/152 rooms. There was an option presented to improve video or an option to improve audio. The most complaints received was from the audio quality. Request reviewed for DSC to use Board Chambers for meetings. Improvements would also benefit other groups that utilize 150/152 rooms. The best long term solution proposed was suggested to be for audio improvements.

The Woodlands Township Board of Directors recessed at 5:12 p.m.

The Woodlands Township Board of Directors reconvened at 6:08 p.m.

Watch a video recordings of the meeting at https://thewoodlandstownship-tx.gov/778/Meeting-Videos

For more information, agendas, meeting minutes, and video of the meeting, visit www.thewoodlandstownship-tx.gov.