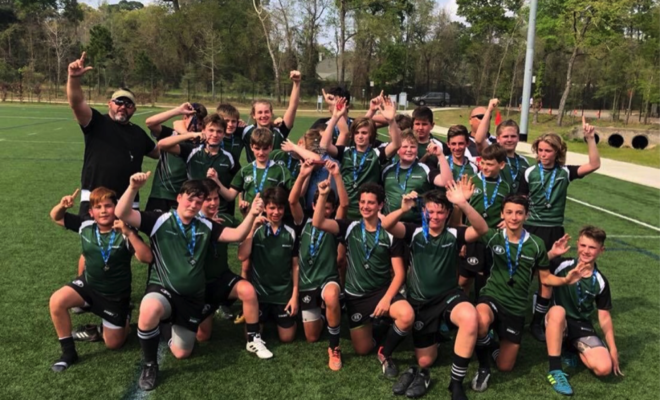 “As the defending state champions at the varsity level, Woodlands Rugby symbolizes excellence on the field. We have an amazing, capable Board and family of volunteers coupled with an incredible venue and are so proud to be able to bring so many players and teams to our hometown,” said Charlie Hopkins, President of Woodlands Youth Rugby Club.

La Cueva Rugby, the 2017 Varsity State Champion from New Mexico and Pumas Rugby Unam, the number one U-18 team from Mexico, joined teams representing all areas of Texas. Pumas Rugby Unam defeated Woodlands Rugby on their own turf to win the Boys High School Bracket, while Woodlands Rugby Grades 1/2, Grades 5/6 and Grades 7/8 took home the CUP (First Place) and were crowned the Inaugural Champions of the ‘Come and Take It’ Tournament for their age groups.

More than 200 athletes ranging from Kindergarten to 12th Grade, representing Woodlands, Conroe, Montgomery, Klein, Tomball and Spring areas participate in the Woodlands Youth Rugby Club. The Club, founded in 2008, is a non-profit organization committed to providing community-based, recreational and competitive rugby programs for boys and girls. 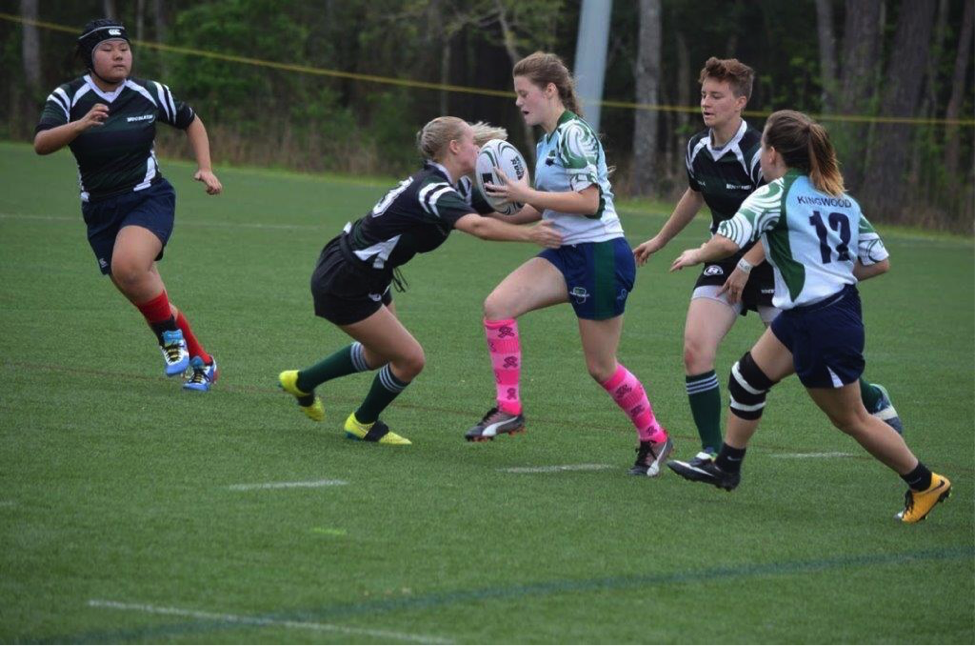 Megan Soileau of Woodlands Rugby makes a tackle during a Girls High School match against Kingwood at the Inaugural ‘Come and Take It’ Rugby Tournament.