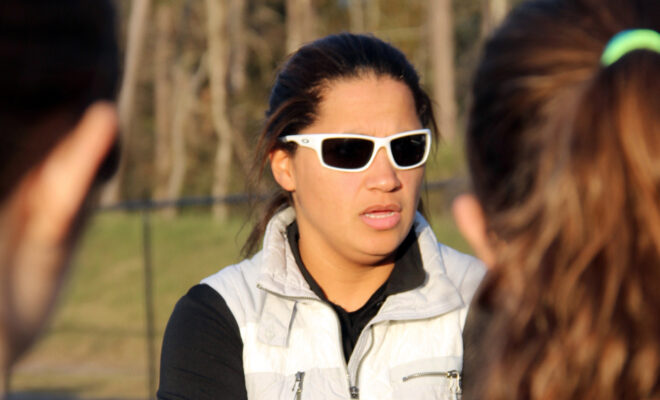 “I’m excited to grow from last season, especially since we had such a young group of girls,” said Head Coach Amber Clevenger. “Now, with a year under their belts, I believe they will perform even better because they know what to expect. This season we are going to have to dig deep, stay healthy, and play as more of a cohesive unit and I believe those will be the keys to our success.”

“The South Zone is full of hard-working teams that all give us a run for our money,” added Clevenger. “This year I think a key match-up will be our game against Awty on January 29. Awty defeated us in our final game of the season to knock us out of the SPC tournament; that loss has been stinging ever since, so that’s a game where the girls are eager to seek revenge. Other games that are always close and well-fought are St. Stephen’s and St. Andrew’s. We tied both of those teams last year and we are looking to get the win against those two teams this year and show them we are the better team.”

Coach Clevenger is looking to come back better than the year before. “It is important that we don’t dwell on the past season but use it as a learning tool to make us more prepared to come out with better results for this season,” said Clevenger. “Each year I strive to create a family-like atmosphere within the program. I want this program and the girls to find a safe haven in their teammates and make lasting memories which are so much more important than the results of games.”

According to Clevenger, being healthy and ready for anything will be particularly important this season. “Our biggest challenge every year is staying healthy, especially given the pandemic. We don’t have a lot of depth in regard to program numbers so players are going to have to take care of their bodies and step up and persevere. Another challenge we are all facing is the uncertain times and having to be and stay flexible–games may have to be moved, some may have to be canceled, so we are going to be challenged to show up and give everything we have every game we get!”