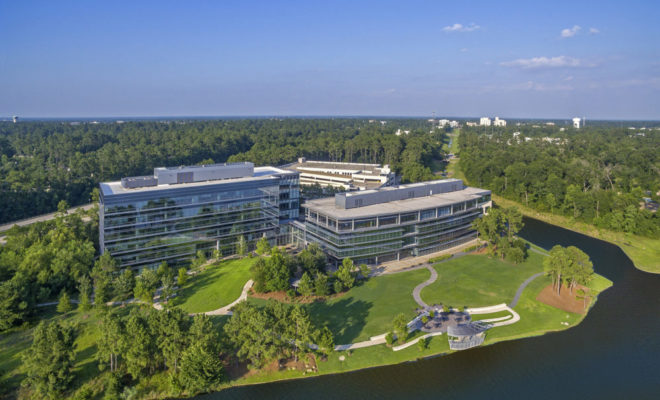 The two new leases follow the recent signing by Arena Energy of an 87,231-square-foot lease at Lake Front North to establish a new company headquarters in The Woodlands for Arena Energy and its affiliate Arena Offshore. These new leases, together with Chicago Bridge & Iron Company’s (CB&I) existing 53,710 square feet of office space, make Lake Front North now 91% leased—and, combined with additional leases recently signed in The Woodlands, brings the HHC’s overall office portfolio in The Woodlands to 92.5% leased.

“Our recent acquisition of Lake Front North and the rapid pace at which the campus continues to lease, demonstrates the strong market demand for premium office space here in The Woodlands,” said Paul Layne, President of the Central Region for The Howard Hughes Corporation. “Howard Hughes is committed to serving the needs of corporations through office leasing and build-to-suit opportunities, and we are excited to continue to attract businesses to one of Houston’s best-performing submarkets.”

The campus is made up of the four-story Building 1, including a fitness center and locker rooms on the first floor, and the six-story Building 2, providing a multi-purpose conference room and an executive conference room, together offering 1,035 parking spaces within a covered garage. In addition to the two buildings, Lake Front North includes approximately 4.2 acres of the nearly 13 acres, designated for future development opportunity.

Entergy took occupancy during November 2018. ExxonMobil has targeted March 2019 as their move-in date.