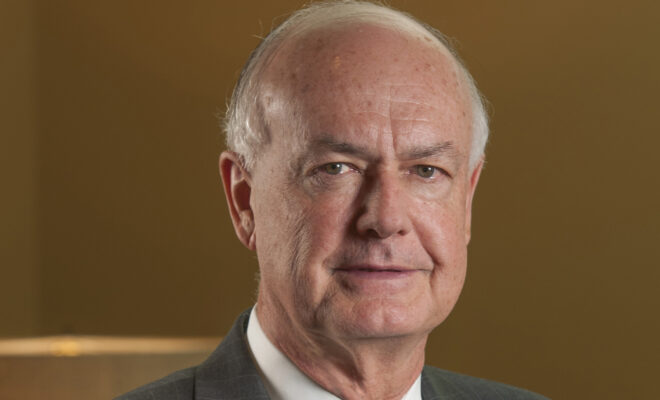 During this tenure, he managed design and construction of the extension of major thoroughfares, including, among others, Woodlands Parkway, Lake Woodlands Drive and Lake Woodlands Bridge, Research Forest Drive and Gosling and Kuykendahl Roads, residential home sections and commercial building sites, The Woodlands Waterway®, and all six Waterway bridges, including Lake Robbins and Waterway Avenue Bridges.

For nearly two decades, he has also overseen commercial development, including Town Green Park, Waterway Square®, The Westin at The Woodlands, Embassy Suites by Hilton at Hughes Landing and numerous retail, multifamily and office buildings in The Woodlands Town Center®, Hughes Landing® and Research Forest.

Prior to joining The Woodlands, Sutton was a shareholder with Pate Engineers, where he managed complex projects for municipal and private clients, focusing on water resources, transportation and land development matters. Earlier, he held several professional and technical positions of progressive responsibilities with ExxonMobil. He has authored several technical papers and articles and holds two patents for computer-aided management approaches to managing public works systems.

He earned both Bachelor’s and Master’s degrees in Civil Engineering from Rice University and a Master’s in Business Administration from The University of Houston. He is a Licensed Professional Engineer and a Certified Public Accountant.

“Alex’s leadership and community service to The Woodlands have significantly shaped its recognition as one of the most successful master planned communities in the nation and its status as a thriving economic hub,” said Jim Carman, President, Houston Region, The Howard Hughes Corporation. “As a longtime resident of The Woodlands, he epitomizes what it means to live, work, learn and play in the community he has helped create.”