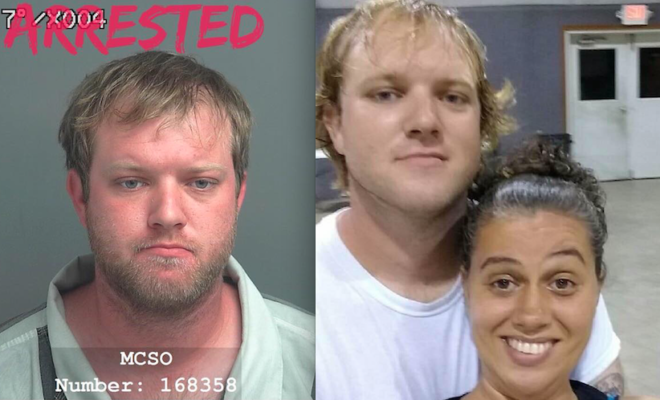 The Montgomery County Sheriff’s Office has confirmed that Blake Mayon, a suspect in the theft from Dacus Baptist Church where he was staying after Hurricane Harvey, has been arrested.

The Montgomery County Sheriff’s Office first reported that a theft occurred at the Dacus Baptist Church located at 5403 N FM 1486, Montgomery, TX 77356 that was used as a shelter for victims of Hurricane Harvey.

During Blake and Naomi’s stay at the church personnel began noticing tools and others items were missing. Shortly thereafter, Blake and Naomi disappeared without notice. Through the course of the investigation, Deputies discovered numerous of the same items stolen from the church were pawned by Blake.