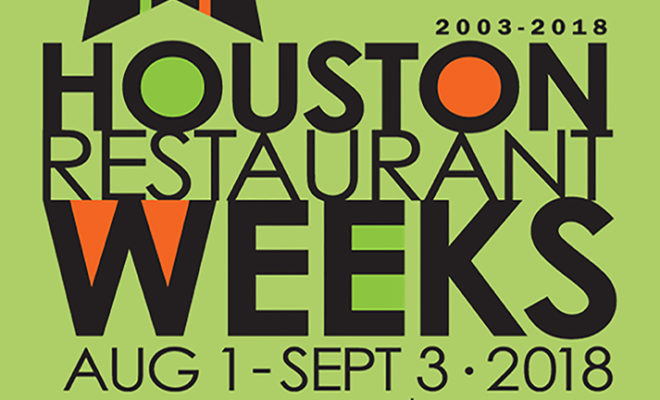 THE WOODLANDS, TX – 19 Montgomery County restaurants are participating in Houston Restaurant Weeks from August 1 through September 3, 2018 to provide the Houston Food Bank with proceeds from their brunches and dinners. Houston Restaurant Weeks is the largest annual fundraiser for the Houston Food Bank, which donates funds locally to the Montgomery County Food Bank.

Participating restaurants in The Woodlands are: 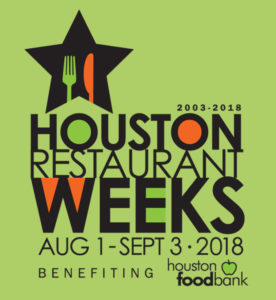 “Houston Restaurant Weeks gives people in Houston an opportunity to experience Houston’s exceptional restaurants while providing much-needed relief for families suffering from hunger,” said Brian Greene, CEO of Houston Food Bank. “We are grateful to once again be the beneficiary of this incredible event.”

The Houston Food Bank distributes fresh produce, meat and nonperishables from their warehouse at 535 Portwall, Houston, where they also prepare nutritious hot meals for kids in their new state-of-the-art Keegan Kitchen. They rescue food before it reaches the landfill through their retail pickup program with area grocery stores. Additional community services include nutrition education, school-based programs and food stamp application assistance.

Houston Restaurant Weeks was established in 2003 by Cleverley Stone. She has been talking about food on the radio since 2003. Cleverly is host of “The Cleverley Show,” a food talk radio program on CBS Sports Radio 650 /KIKK-AM in Houston, Texas. Her program is the longest running show on CBS 650 AM, celebrating its 11th year at in January 2018. Since February of 2008, Stone has also been the food segment contributor on Houston’s Fox 26 Morning News.