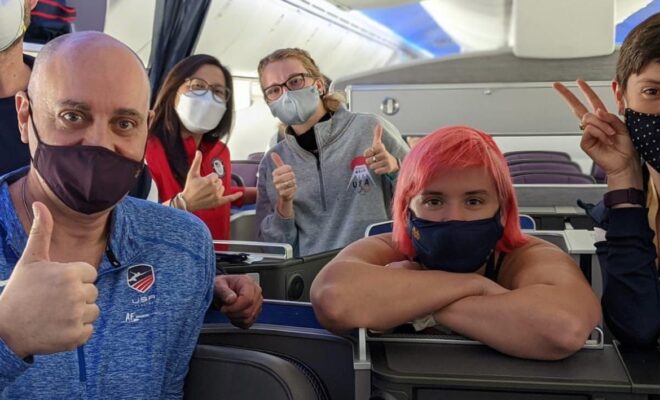 THE WOODLANDS, TX – Local Houstonian, Andrey Geva, is the Olympic Coach for the US Women’s Epee Fencing Team in Tokyo which will be televised on July 27-28, 2021. Coach Geva is also the Head Coach and founder of Alliance Fencing Academy. Earlier in July, Alliance Fencing Academy earned the most medals of any club at the United States Fencing Association’s Summer Nationals.

At the recent 2021 US Summer Nationals Championship, Alliance fencers earned an astounding 16 medals; the most medals among the 130+ fencing clubs represented. Alliance fencers brought home 4 Gold, 5 Silver and 7 Bronze medals. This year, Summer Nationals was held in Philadelphia, PA from July 3-12. Nearly 4,000 athletes competed during the 10 days in 82 individual events and 18 team events. The competition is the largest fencing tournament in the world. Coach Geva has been working with the US Women’s Epee Olympic team throughout Covid; first training outdoors at a nearby stadium and then training indoors as safety measures permitted. Coach Geva also served as the US Women’s Epee Team Coach for the 2016 Olympics.

In 2004, Alliance Fencing Academy was founded by Coach Geva with less than 10 members. Now the club has grown to more than 300 members with two locations in Houston and The Woodlands. Alliance Fencing Academy offers classes for children, youth and adults and is open six days a week. Over the summer, Alliance sponsors world-class international fencing camps and at both locations, offers multiple introductory fencing camps for beginners to learn the sport of fencing as well as regular classes for students of all ages.