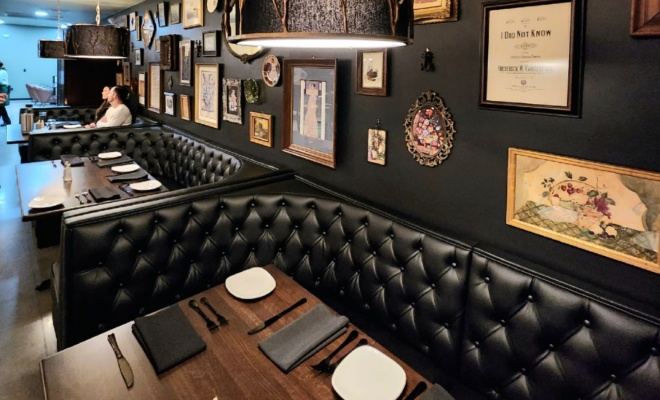 CONROE, TX – Two new restaurants are now open in Marcel Boulevard in Grand Central Park, adding to the many businesses already open in the open-air market.

Mezze #1 Mediterranean Eatery & Bar is open at 1205 Grand Central Parkway, Suite 100, with a menu of Greek and Middle-Eastern small dishes and a variety of cocktails. Also recently opening its doors is Voodoo Grille at 1205 Grand Central Parkway, Suite 900. The locally owned restaurant offers Cajun/Creole-inspired menu items and what owner Scott and Aubrey Elias describe as a “concise wine list.”

“Marcel Boulevard is shaping up to be just what we intended — a destination for shopping, dining, employment and entertainment to serve the growing Conroe area,” Veldekens said.

Under construction within Marcel Boulevard are The Perfect Round (expected to open next month), Malibu Nails & Spa and Atelier Salon & Suites. Leased and coming soon are the Tuscany Italian Grill and The Cuterie.

Sam Houston State University College of Osteopathic Medicine is holding classes within walking distance of Marcel Boulevard. Under construction in the City Central is Business District is the 250-room, Hyatt Regency Conroe Hotel & Convention Center, boasting a 30,000-square-foot convention center. The Hyatt Regency is slated to open the summer of 2023.

“While much of Grand Central Park will remain in its natural state, our location along Loop 336 and Interstate 45 lends itself toward commercial development,” said Bob Douglas, General Manager of Grand Central Park. “Our 336 Marketplace has brought a host of stores and restaurants to the area and now Marcel Boulevard and City Central are adding to the entertainment and employment opportunities to be found right here in Conroe.”