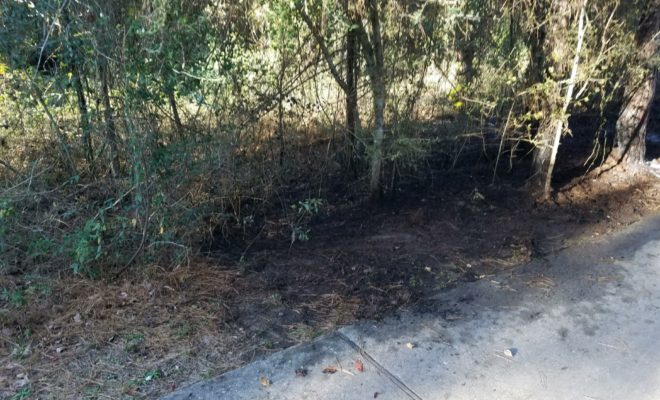 Officials seeking culprit for Fire-setting Activity in The Woodlands

Officials are seeking the public’s help in identifying those responsible for fire-setting activity in The Woodlands.

A series of small wildfires were found burning Sunday afternoon along bike paths in the area of Gosling and Research Forest.

Shortly before 3 p.m. on Sunday afternoon, Firefighters from The Woodlands Fire Department were dispatched to a series of small fires set along the bike path connecting Research Forest and The Woodlands Parkway. Crews from several stations responded, eventually locating and extinguished a dozen fires along the path which runs along the west side of Gosling Road.

An Investigator from the Montgomery County Fire Marshal’s Office responded to the scene and determined that the fires were all intentionally set in vegetation along the edge of the bike path. None of the fires spread to nearby structures or homes as each was quickly contained by responding firefighters.

Although there was no serious damage as a result of these fires, recent dry conditions could easily fuel a larger wildfire and endanger homes and property.

If you have any information that may assist in the investigation or in locating the person(s) responsible for these fires, please contact the Montgomery County Fire Marshal’s Office at (936) 538-8288.