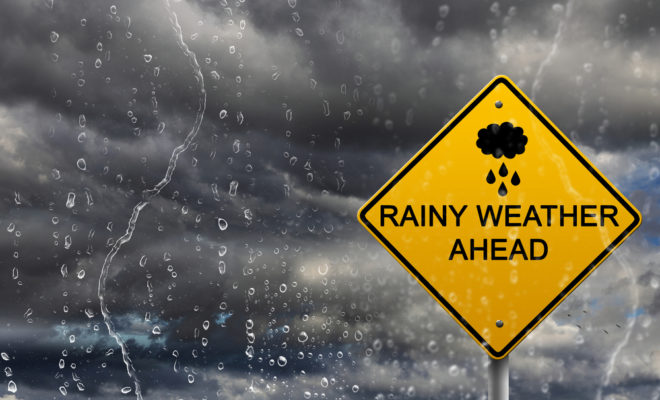 With current forecasts predicting anywhere from two to four inches of rainfall in and around the Lake Conroe area, San Jacinto River Authority (SJRA) employees are implementing their standard procedures for a rainfall event, including establishing 24-hour work schedules, testing all equipment, positioning generators and fuel, and preparing for event operations.
SJRA operations staff are actively coordinating with emergency operations personnel in both Montgomery and Harris counties, including the Harris County Flood Control District (HCFCD) and the Coastal Water Authority (CWA).
Due to the recent joint reservoir operations strategy implemented by the City of Houston and SJRA to help mitigate flooding, Lake Conroe has been temporarily lowered for the fall hurricane season. The water level is currently at 199.02′ above mean sea level (msl), which is two feet below its normal level of 201′ msl. This will allow Lake Conroe to capture a significant amount of rainfall before filling. SJRA personnel will monitor levels and notify emergency management officials in the event that releases become necessary.
Advertisement

Anyone interested in monitoring Lake Conroe levels, releases, rainfall totals, or stream flows can visit SJRA’s Contrail System at: https://sanjacinto.onerain.com/home.php. We will also post press releases and other updates on our home page and social media platforms.
The best place to find predictive information with regard to how area streams and rivers will respond is the National Weather Service – Advanced Hydrological Prediction Service: https://water.weather.gov/ahps2/index.php?wfo=hgx.  On this site you can click on various gauges in your area to get a better idea of local stream levels.
During major events such as this, SJRA receives numerous calls asking whether we might pre-release water from Lake Conroe. SJRA never pre-releases water from Lake Conroe prior to a storm event for numerous reasons, the most critical of which is the high likelihood that pre-releases would make downstream flooding problems worse. SJRA’s downstream partners, including the City of Houston, the CWA, and the HCFCD have expressed their desire that SJRA not pre-fill the river prior to a major storm event by pre-releasing from Lake Conroe.
For additional information and real-time release information, visit our website at www.sjra.net.  Storm event information and FAQs can be found at https://www.sjra.net/lakeconroe/stormevents/.
Advertisement