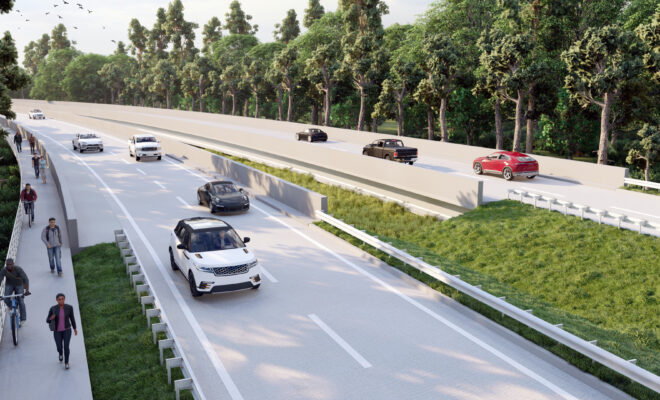 THE WOODLANDS, TX – Montgomery County Commissioners Court on Tuesday approved payment of $4 million to Harris County for the Precinct 3 share of the Gosling Road widening and bridge construction project over Spring Creek. The check was expected to be issued Tuesday afternoon.

The project falls within the boundaries of The Woodlands Township, which benefits from the costs being spread among property taxpayers across Montgomery and Harris counties instead of falling solely on the shoulders of The Woodlands property owners if it were a city.

This is the second combined effort between Noack and Cagle to fund a project benefiting The Woodlands Township and its residents on both sides of the county line. About five years ago, the approximately $5.5 million Kuykendahl Road widening and bridge construction project over Spring Creek was completed. That project was jointly funded among Montgomery County Precinct 3, Harris County Precinct 4, and The Woodlands Road Utility District No. 1.

In addition to the two precincts partnering on the Gosling Road project, The Howard Hughes Corporation donated land for additional detention areas to meet drainage requirements.

“We appreciate the willingness of The Howard Hughes Corporation in working with us and keeping this project moving forward,” Noack previously stated. “When we all work together, we are better stewards of taxpayer dollars. We are excited to get this project going, which will greatly improve safety and mobility along this thoroughfare in our community.”

The Gosling Road widening and bridge construction project is scheduled to start later this year.

The project will widen Gosling Road to a full four-lane boulevard between Creekside Forest Drive in Harris County and Gatewood Reserve Lane on the north side of the project in Montgomery County. It will result in two 12-foot lanes in each direction. The road pavement will be 10-inch jointed reinforced concrete with 8-inch stabilized subgrade.

The widening includes the construction of a 1,817-foot bridge crossing over Spring Creek for the two new southbound lanes. The existing bridge lanes will become the two northbound lanes. The sidewalk and existing 8-foot shoulder along the northbound side will remain. The new southbound bridge will have a safety shoulder for motorists to access in case of vehicle breakdown.

“We are excited to get this very important connector between Harris County and Montgomery County built,” Noack previously stated. “This is one of the most utilized routes between The Woodlands and Harris County and will greatly improve both safety and mobility for motorists traveling on Gosling. It is great to see leaders in Harris and Montgomery County working together to make this happen.”

The additional detention will be constructed on the north side of the project and drain into Spring Creek.

Harris County awarded the contract in July to NBG Constructors.

The construction project, once started, is estimated to take 14-15 months to complete.

The Gosling Road and bridge construction project is one of several major projects mainly within the boundaries of The Woodlands and totaling approximately $27.85 million that Montgomery County Precinct 3 Commissioner Noack’s office has completed over the past five years. 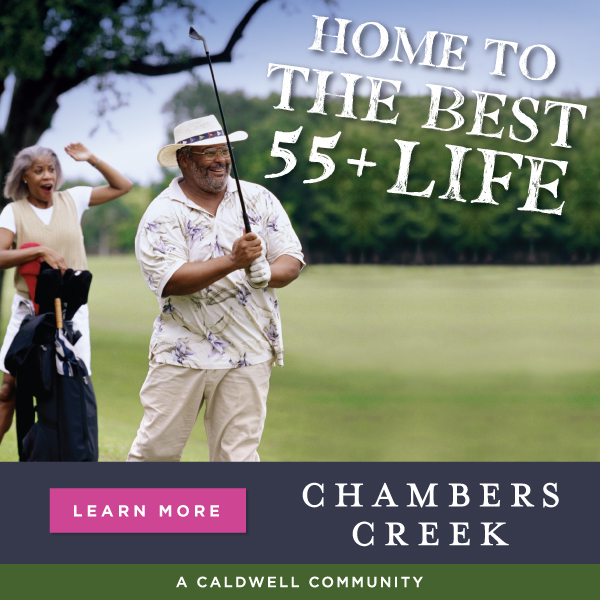