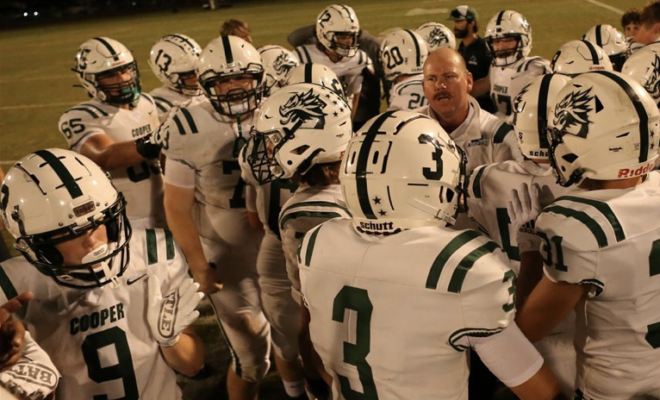 THE WOODLANDS, TX – The John Cooper School has announced the results of its Dragon athletics teams from the week of September 20, 2021, including its varsity football team’s win in the season’s first SPC road game.

“The tragedy in life doesn’t lie in not reaching your goals,” said Coach Daniel Lewis. “The tragedy lies in having no goal to reach. The Dragons’ goal is a championship and they continued towards that goal last night, besting the Trojans of Trinity Valley 47-19.”

“The Dragons traveled to Dallas for their first SPC road game this year and were greeted with a perfect evening for football. The Dragons once again came out slow but found their rhythm going for over 500 yards of total offense. Junior QB Vaughn McKeever had another large night, throwing for 432 yards with 23 completions on 36 attempts; he accounted for five of the Dragon scores throwing for three and running in two more. Vaughn spread the love with three of his receivers having over 100 yards. Senior WR James Masciola had his best game so far in his Dragon career, pulling in four sensational catches for 144 yards and junior WR Kielar Sullivan followed suit with nine catches for 119 yards and two touchdowns; senior WR Will Young was right there as well with seven catches for 141 yards and one touchdown,” continued Coach Lewis.

“No surprise to anyone, the Dragon defense played well; senior LB Blake Pitts was all over the field, with multiple tackles and pass deflections; senior DE Connor Dove also showed out, causing havoc in the Trojan backfield all night. Eleven players on the Dragon defense accounted for multiple tackles, while only a few missed assignments allowed for any Trojan scoring chances. The Dragons return home this week to face off with the Owls of Oakridge Friday night at Pugh Field.”

“Volleyball fell, 3-0, in the first South Zone counter Tuesday against St. John’s,” said Coach Jennifer Peyton. “Games were competitive, but the Dragons allowed a couple of runs that made the difference in each set. Outstanding performances from Laura Weatherford with 28 digs and Rivers Kolesar with 19 kills, season highs for both players. These are also remarkable numbers for a three-set match.”